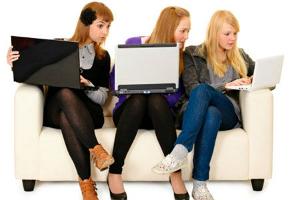 A study co-authored by an Indian-origin researcher suggests that although more and more people are participating in social networking, a smaller percentage of users are actively creating and sharing content.
The findings to be published in the journal Management Science pointed out that the cheaper and easier it becomes to reach large numbers of people via social media, the fewer “content creators” choose to participate and the more cluttered the networks become.

“Social communication incentives diminish even as the reach or the span of communication increases,” said study authors Ganesh Iyer and Zsolt Katona from University of California, Berkeley – Haas School of Business.

Industry reports estimate that just 10 percent of Twitter users broadcast 90 percent of the network’s tweets, while only a tiny fraction of the 55 million users who blog post daily, Katona noted.

The relative scarcity of message creators has been noticed before. But what has not been understood are the mechanisms responsible for the imbalance of senders and receivers and the implications for the social networking industry.

The new researchers suggests that with expansion of the social network, receivers, who once were the recipient of messages from only a few senders, are now targeted by many senders, leading to increased competition for attention.

And the more distant the receiver, the harder it is for the sender to craft relevant messages, the researchers noted.

As competition grows, some senders decide the payoff is not worth the trouble and drop out, and others decide not to enter the fray, which explains why the proportion of senders to receivers is so low.

It may also explain why some users turn away from popular social networks and are looking for more intimate places to share items with just a handful of people, the researchers noted.