A ‘smart’ plastic plate can count calories in meals placed on it to keep you from over-eating. 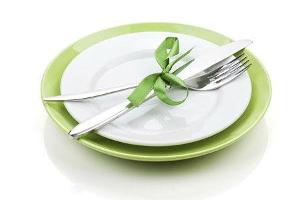 The SmartPlate, being developed by a US start-up, contains three digital cameras that photograph the diner’s food.

These pictures are relayed over wi-fi or Bluetooth to a mobile device, which sends them for comparison with a large bank of images to determine what is in the meal.

A scale hidden in the body of the plate weighs the food and matches it against the database to calculate how much energy it contains, ‘The Times’ reported.

“Our proprietary food-recognition algorithm is trained to read mixed foods as well as single food items with up to 99 per cent accuracy in less than a second,” said Anthony Ortiz, the founder and chief executive of Fitly.

“Currently, our technology can identify things like mixed salads, rice pilaf, spaghetti with meatballs and turkey wraps,” he said.

“SmartPlate is like a newborn that is starting to see for the first time. Once it learns or is taught what the objects are, it then starts to classify each item or combination of food items for the future,” he added.

Fitly is raising money for the SmartPlate through crowd-funding website, Kickstarter, and hopes to sell it for USD 199.